On Thursday, 27 October, the United Nations Alliance of Civilizations (UNAOC) and the International Organization for Migration (IOM) celebrated young filmmakers representing different countries at the 2016 PLURAL+ International Youth Video Festival and Awards. PLURAL+ aims to foster dialogue, partnership and action on critical issues and opportunities faced by youth worldwide. The festival recognizes youth as powerful agents of social change, and supports cooperative efforts to reduce tension in a world too often characterized by conflict and division. The winning videos focus on migration, diversity and social inclusion. Since its launch in 2009, PLURAL+ has received over 1,500 video submissions from around the world. 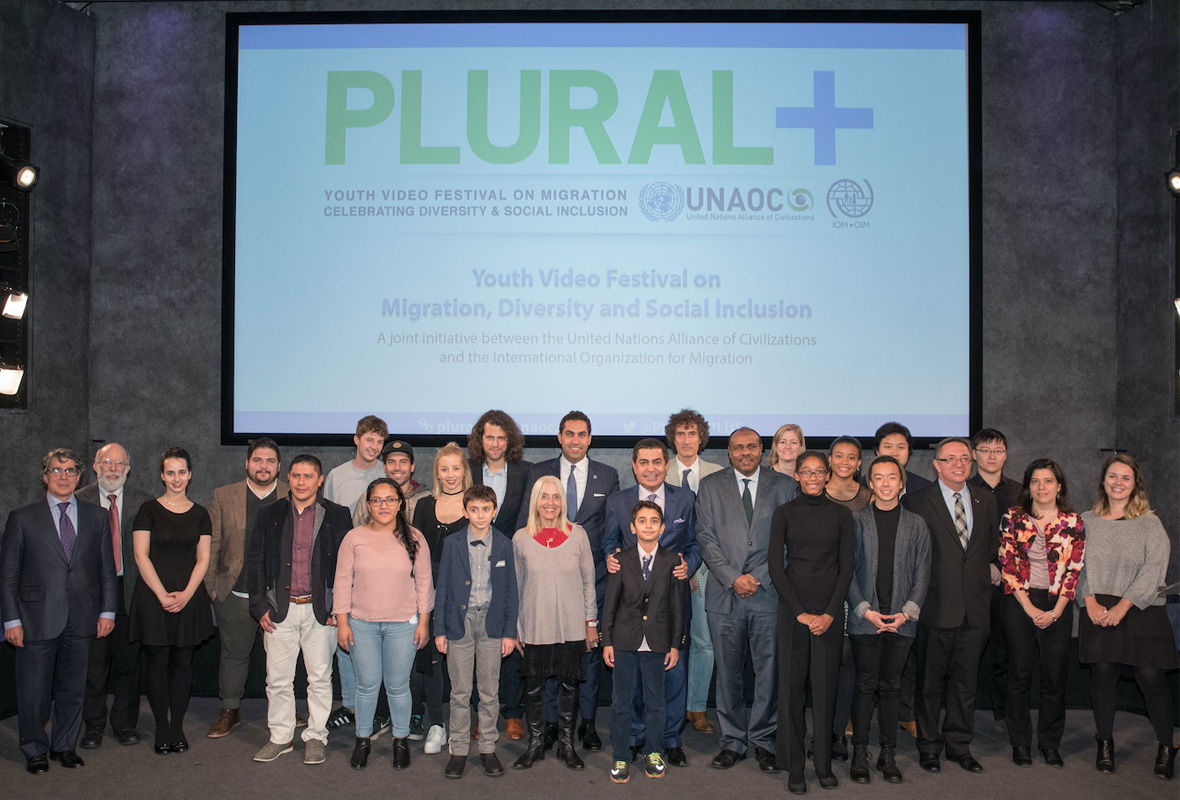 The four videos screened at the PLURAL+ International Jury Awards Ceremony, focused on social exclusion in school (Excluded, USA), the root causes of migration (Migration, Italy), un-documented migrants in New York (The Price of our Dreams, USA) and the plight of Syrian refugees (I Am Aliya, Slovenia). These four videos were chosen for the top PLURAL+ prize from more than 300 video from 69 countries worldwide. 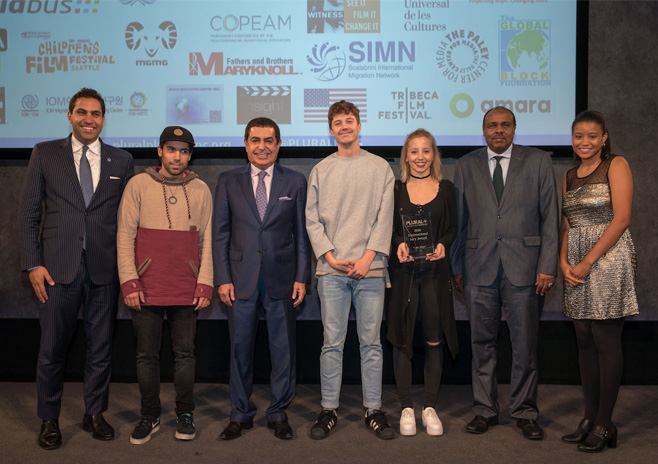 PLURAL+ awards ceremony was hosted by Victoria Pannell, a 17 year old New York community activist and high school senior. On her remarks, Ms. Pannell, spoke about the fearlessness of youth and the power of a click on a computer mouse, giving the example of successfully using social media to pressure corporations into dropping entertainment VIPs when using inappropriate language referring to gender and racial issues.

In his remarks, UNAOC High Representative Mr. Nassir Abdulaziz Al-Nasser, highlighted PLURAL+ as a platform for global distribution. “Immediately after tonight’s event, he said, PLURAL+ 2016 videos will start circulating in multiple platforms across the world. Creating awareness and opportunities for discussion – through youth voices – the very urgent topics of migration, diversity and social inclusion. In addition to screenings at world-renowned festivals and global and local conferences, since 2009 PLURAL+ videos have already been watched well over one million times on the internet,” Al-Nasser said at the opening. 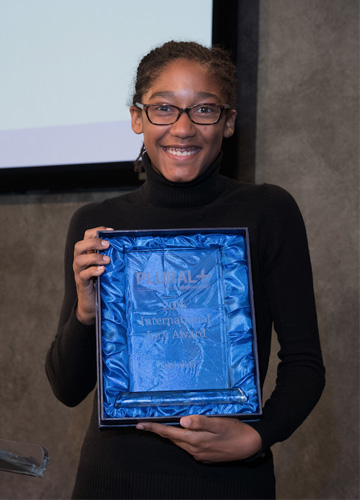 “Human mobility is as old as humanity itself, and we all have a role to play in facilitating safe, orderly and humane migration, and upholding the rights and human dignity of migrants.” Mr. Ashraf El Nour, Director of IOM Mission to the UN I New York, told the award ceremony audience. He further elaborated that “the mission and purpose of PLURAL+ initiative, now running for eight years, is to celebrate the human side of migration and its contributions to enriching societies.”

The Secretary-General’s Youth Envoy, Mr. Ahmad Alhendawi, gave a keynote address at the awards ceremony, he emphasized the strength of young people around the world and encouraged them to continue to raise their voices on such important issues. “Your videos show the meaning and power of solidarity,” the Envoy said. “This is the kind of message we need today, that migration is not a problem, but a phenomenon that needs to be managed,” he said.