New York – The High Representative for the United Nations Alliance of Civilizations (UNAOC), H.E. Mr. Miguel Ángel Moratinos, and the Director General of the International Organization for Migration (IOM), H.E. Mr. António Vitorino, announced today the winners of their joint initiative, the PLURAL+ Youth Video Festival, during an Awards Ceremony at the United Nations Headquarters in New York. 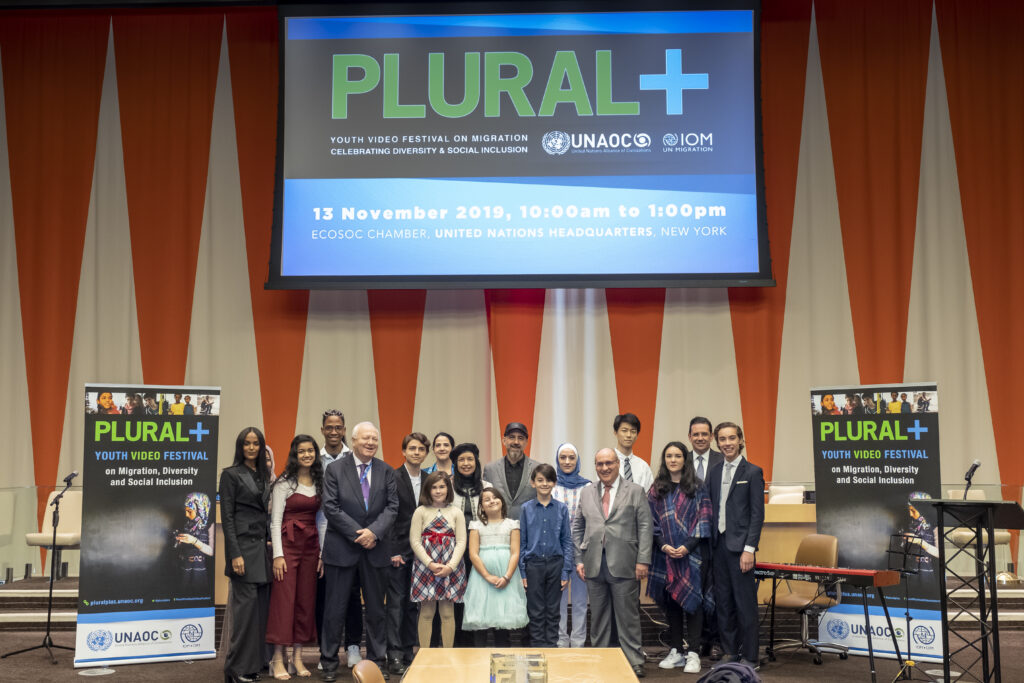 Selected for their coverage of migration, diversity, and social inclusion, the winning-videos were chosen among 1,200+ submissions from almost 70 countries – a record number of entries for the festival.

“PLURAL+ provides a space for young people to express their visions on pressing social issues freely,” said the High Representative for UNAOC in his opening remarks. “When you see PLURAL+ videos created by young talents from around the world, you feel optimistic that our complex world will be a better place tomorrow.”

The Awards Ceremony opened with a musical performance by Latin Grammy Award winner Linda Briceño (Venezuela), followed by the screening of the winning videos of the PLURAL+ International Jury Awards.

“The videos that we will screen today are evidence of the resilience of young people,” the Director General of IOM said. “These youth filmmakers have not allowed the negative narratives of migration — so popularized in contemporary media — to rob them of their empathy.”

With filmmakers ranging in age from seven to twenty-five, “Seeking Refuge” (Spain) follows the story of a young refugee girl as she tries to adapt to life in a new country; “Tags” (Mexico) explores the issue of discrimination and pre-conceived notions; and “We are Enough: A Message of Girl Empowerment” (Jordan), examines the expectations placed upon women and girls by society.

In addition, the recipient of the UNAOC-IOM Award for the Prevention of Xenophobia went to “Brazilian, But Not Soccer Player” (Brazil), which addresses with humor the issue of stereotypes against people from different cities, countries, and cultures. 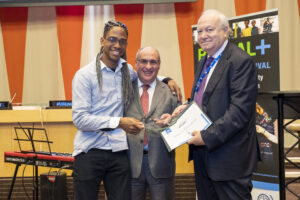 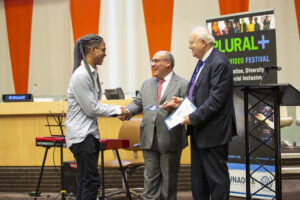 The remaining twenty-one finalists received awards from the many partner organizations of PLURAL+. Young filmmakers came especially to New York from all corners of the world. They had the opportunity to screen their films and say a few words to an audience of more than 200, which included delegates, United Nations representatives, journalists, filmmakers, and youth.

The winning PLURAL+ videos will now be disseminated worldwide and are available at https://pluralplus.unaoc.org/.

With the PLURAL+ Youth Video Festival, UNAOC and IOM address objectives 16 and 17 of the Global Compact for Safe, Orderly and Regular Migration (GCM) by empowering migrants and societies to realize full inclusion and social cohesion, and promoting evidence-based public discourse to shape perceptions of migration. With increasing interest and participation each year, PLURAL+ has become a premier global platform for youth media distribution. 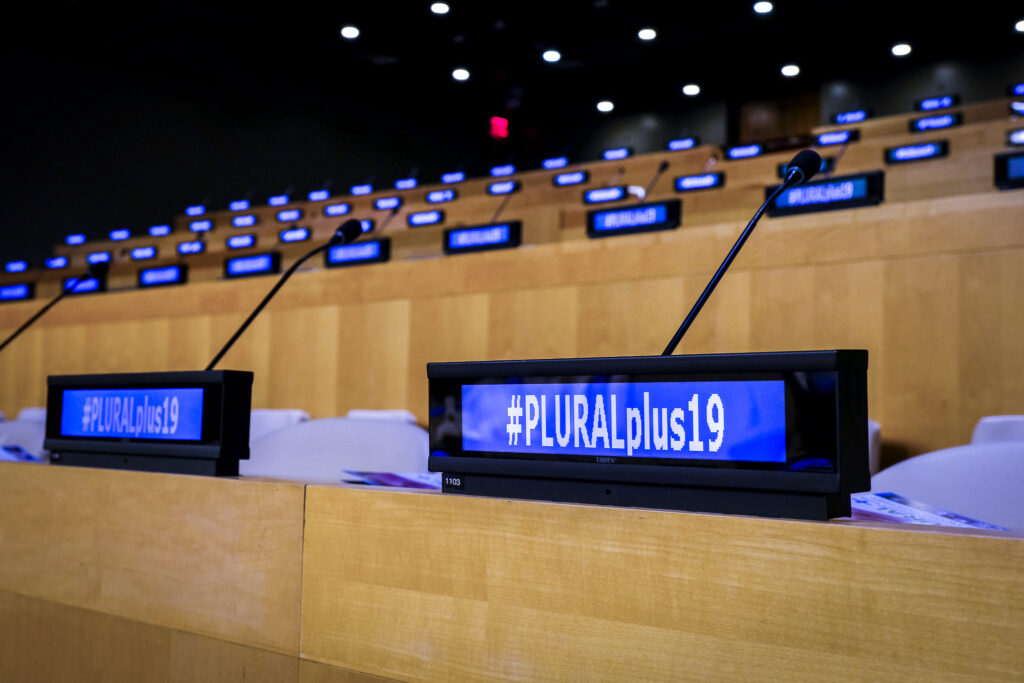